From Phllip Island we went to Wilson's Promintory on an absolutely beautiful day.  Unfortunately, the weather took a turn and our next couple of days were blustery to say the least.  Happily, our farm-stay cottage had a wood fireplace and plenty of serenity...ahhh...the serenity. So, we had to forgo the scenery for the fireplace, books, card games and movies.  It could have been a lot worse.
We had a big day driving from there, clear across Melbourne to Apollo Bay on the Great Ocean Road.  Our six days there and in Port Campbell, further west, were filled with great scenery and wildlife.  I'm breaking it into two blogs, just because there are so many great koala pics.
We've been in Australia for 9 months, each day of which I've been hoping to see a wild koala. Well, my hopes were fulfillied with an unofficial count of 64 in a couple of days.  I was so excited to see the first one - way up in a tree - that my feet were pounding.  Well, as you'll see by the pics, we did a lot better than way up in a tree.
Hope you enjoy.
J

From Melbourne, we headed lazily along the Mornington Peninsula and then over to Phillip Island where we were treated to fantastic weather and cute little fairy penguins (sorry - no cameras allowed so no pics of that).  Here are are the photos of other interesting wildlife...and scenery.

Long time no see everyone.  We just returned from our last big Aussie adventure: Victoria. Ok, well parts of it. We got to see that not all of Aus is as sunshine and butterflies as it is in Queensland (a balmy 32 degrees today).  Yes, we had to put on layers.  But, as I think you'll see in the next few posts, it was also worth it.  We had a fantastic two weeks away with my parents in some of the most spectacular oceanscapes we've ever seen, as well as checking out Melbourne.  It is truely an 'iconic' city as the Aussies would say.  Yes, it does go on my top ten cities list and I highly recommend a visit.
﻿﻿﻿﻿ Check out the pics.
xo Jules 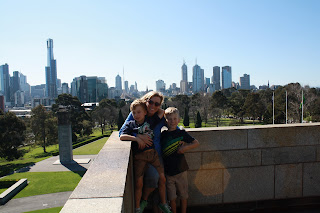 Well, it is winter here. At least that is what they tell me. I am not too sure, I still wear shorts everyday and go for runs with only a T-shirt and shorts. Granted, it does get dark early and it cools down at night and the morning. But at 22 and sun, it is hardly a "winter". I thought I would update this blog with some recent action. Ever since Julie started working we have been busy. We would rather spend our time making memories than record them. However, I am here late at school and I thought I would drop in. We checked some boxes off during the last holiday. You know, those "In Australia did you...?" boxes.

So..
Great Barrier Reef - Check
Oldest Rainforest in the World - Check
See a Croc in the wild - Check
Drive a camper Van around  - Check
Watch a Ruby game in a small town pub - Check

Here are a few pictures to keep you visual learners going. 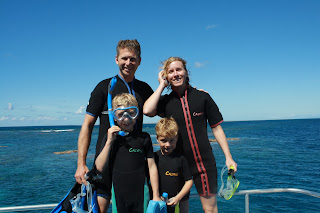 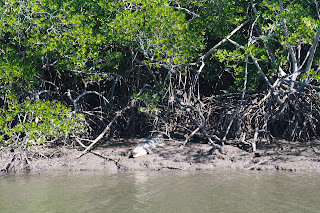 P.S - Yes, my blog skills are not as smooth as Julie's. Just another thing she does better.
Posted by The Topps at 12:54 AM 2 comments: 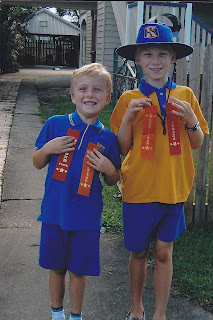 A big highlight for all of us lately has been the boys' achievements in cross country.  At their school cross country parade they both came 2nd in their age/grade categories (out of 50 or so kids in each category).
We are so proud of them - as is the local politician who sent them letters (Dear Master Topp,...) congratulating them on their achievements and on their "future endeavours".  I guess he thinks the parents of good runners will be good voters? 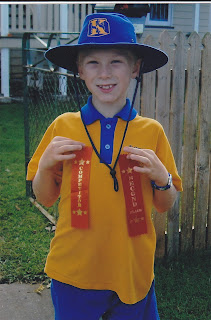 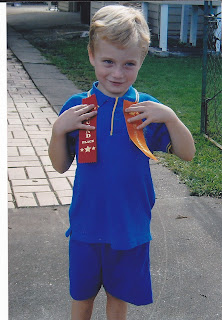 Politics aside, we are super stoked for our little runners.  For mother's day we are all running in the Brisbane Mother's Day race (8km).

I think there will lots of walking along with our running, and lots of fun too.

Happy Mother's Day to all of you!

The Blue Mountains are the Topps 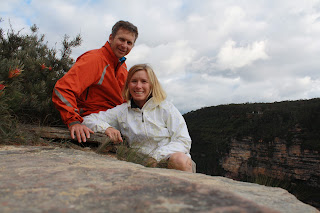 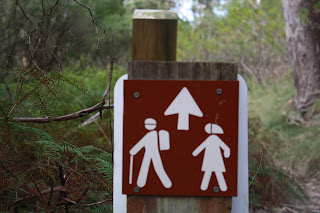 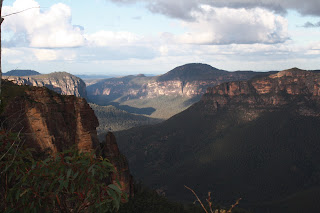 Imagine if when the Rockies were discovered there had been a race for the tourist trade - and if people had then built trails up and down cliffs, and through waterfalls, and in between overhangs and underhangs...and if the tops of the cliffs seemed to have an entirely different ecosystem from the bottom (well, I guess that's true anywhere). 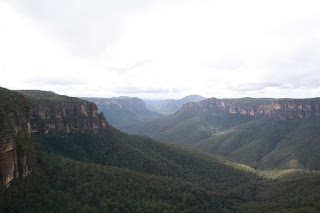 The point is, the Blue Mountains are a complete phenomenon. We've never seen anything like them.  Millions of years ago they were pushed up from the land around them, and then erosion started doing its thing.  Now - the mountain edges are sheer cliffs - kilometres of them on both sides- down to lush, temperate rainforest.
It was truly jaw-dropping.
We could have easily spent our entire holiday there, even though we had to put on jackets...actual layers of clothing...in Australia...

We'll let the pictures tell the rest of the story. 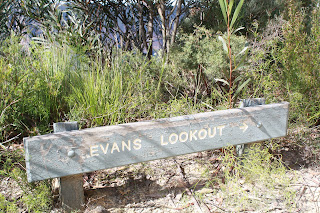 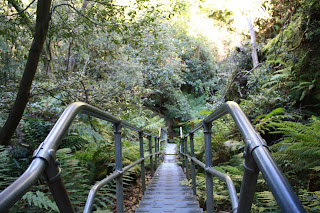 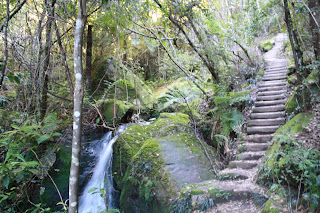 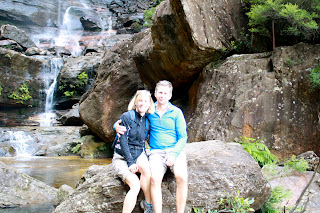 Finally, before we caught the plane back from Sydney to Brisbane, we went out to Botany Bay, to the first landing sight of Captain Cook. It was a mixture of sad and beautiful:  landfills, oil refinery and the National Park, with plenty of reminders of the Aborigines who were displaced.  We've just added a couple of the beautiful pics. 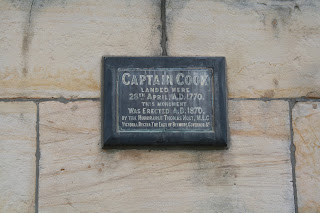 
After we left Sydney, we headed a little way north to the oldest wine valley in Australia: The Hunter Valley.  We had a bit of a spooky experience there:  our guest house, the Greta Main Pay House, was a former coal mining pay house (from the early 1900s). It was the long weekend and the owners like to keep it low key - so it was just Adam and I and five other empty rooms.  I admit that it was a bit eerie, but we took advantage of the quiet to sleep long and have quiet breakfasts reading magazines and drinking coffee.


We had a wonderful time touring wineries and tasting olives, wines, and fine cheeses, but we also realized that our "gourmet" needs are fulfilled after about 24 hours.  One day was perfect - two was a bit much.  That said, it was awesome to see the vineyards and taste the wines of the small (Little Wine Company for example) and big (Lindemans, Tyrells, Wyndham Hill)... wineries.  Our best day was touring a few wineries, having a perfect picnic (see photo) and then going for an impromptu hike for a couple of hours.